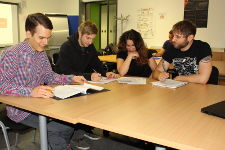 During the last decades, there has been an intense discussion in social sciences about the quality of democratic life and whether (and how) citizens are involved in it (Barrett & Zani, 2015; Berger, 2009; Putnam, 2001). Complains about the decline of civic engagement and political participation come together with celebrations of the diversity of new ways and topics that generate citizens’ commitment in contemporary societies (Ekman & Amnå, 2012; Norris, 2002). However, both educational policy and research seem to privilege formal education, even if experiences in unions and political parties, religious organizations or community groups are less studied but probably more central in citizens’ development and actual engagement in the democratic life of their communities (Kerrissey & Schofer, 2013; Malafaia, Menezes & Neves, 2018). Moreover, Europe’s lifelong learning agenda, as articulated in influential communique The Memorandum on Lifelong Learning (EC, 2000) has favoured an employability agenda where the principal function of education is its capacity to service the labour market.  Whilst policy-makers still talk about active citizenship, this is increasingly couched within the confines of a person’s capacity to participate in the workforce.  The educational model preferred is thus a measurable, outcomes-based approach and not the needs-based approach from which much community education and non-formal education emerged (Caramelo & Santos, 2013; Fitzsimons, 2017). As policy-makers increasingly marginalise the personal and political benefits of education, state funded providers can struggle to maintain their social justice orientated, participatory vision.

This special issue welcomes papers that address how non-formal and community education experiences might contribute to the civic and political identities and experiences of children, youth, adults and seniors. This also includes papers that address theoretical questions, including, for example, discussions on how citizenship conceptions underpin the design of non-formal ad community education, the contributes of socio-constructivist perspectives for civic and political learning, or how classical authors such as Antonio Gramsci or Paulo Freire can offer insights into current trends in the field.

The issue will contain:

The following schedule will be used:

Guidance about the presentation of articles is available on the JSSE site at www.jsse.org/index.php/jsse/about/submissions#authorGuidelines

Please use the online submission system to submit a paper.

The JSSE adopts the COPE Guidelines on publication ethics.