Being challenged by opposing views in a controversial discussion can stimulate the production of more elaborate and sophisticated argumentations. According to the model of argument reappraisal (Leitão, 2000), such processes require transactivity, meaning that students do not only give reasons to support their own position (e.g., pro/contra argument) but also try to refute the opponent’s claims (e.g., counterargument) and respond to critique (e.g., integration). However, there is little research in the field of political education that systematically examines how processes of argument reappraisal unfold in student-centered classroom discussions when students were asked to defend (randomly) assigned positions (pro/contra). In this study, four civic education classes (8th/9th grade) in Germany received the same standardized political learning unit and conducted a controversial fishbowl discussion. A total of 452 argumentative moves were coded for argumentative transactivity. The characteristics of this type of discourse will be described regarding the use of argumentative moves and the complexity of argumentations. Explorative sequential analyses revealed five patterns of argument reappraisal that will be illustrated by transcript excerpts. 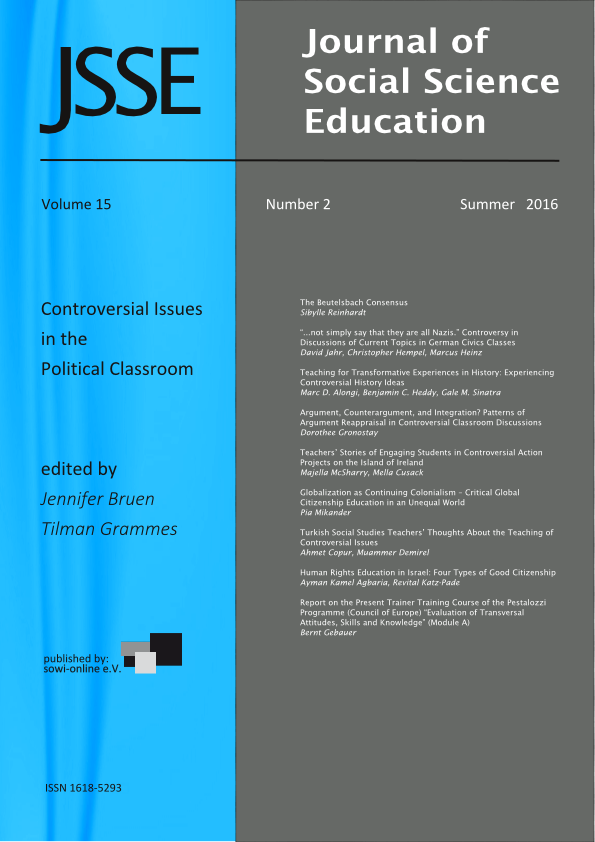