Understanding Media Opinion on Bilingual Education in the United States

Purpose: This study evaluates stances toward and characterizations of bilingual education by US editorial and letter-to-the-editor writers from 2006-2016 with references to perspectives offered in academic outputs. We are principally interested in bilingual education that supports English language proficiency (rather than heritage language proficiency).

Findings: It was found that 45% of media articles based on a sample of 6 newspapers and magazines, compared to 95% of research articles (from a sample of 40 publications), were in favor of bilingual education. These results were compared with those of McQuillan and Tse (1996) who examined a similar set of newspapers and magazines and academic outputs that were published during the period 1984-1994. McQuillan and Tse (1996) also reported a 45% rate of pro-bilingual education pieces in the media from 1984-1994, and slightly fewer pro-bilingual education articles (82%) in published research articles. 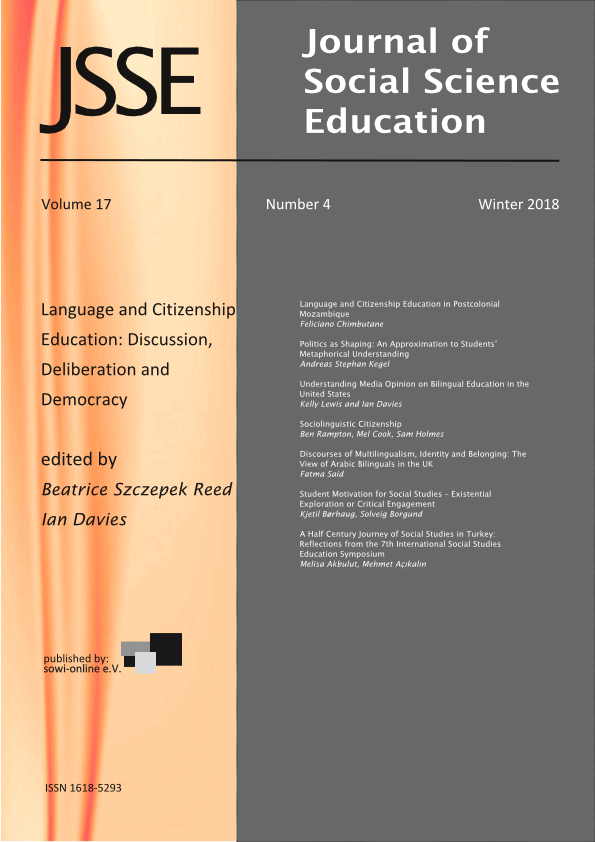 Vol. 17 No. 4 (2018): Language and Citizenship Education: Discussion, Deliberation and Democracy