Political Science and the Good Citizen: The Genealogy of Traditionalist Paradigm of Citizenship Education in the American School Curriculum

Purpose: The purpose of this article is to chronicle paradigm shifts in American political science during the twentieth century and their influence on political scientists’ perspectives on pre-collegiate citizenship education curriculum.

Methodology: The research questions explored in this article are concerned with the history of political scientists’ ideas about citizenship education. Therefore, historical method is used which involves an examination of evidence--primary sources. Those sources are the APSA’s ten reports and statements.

Findings: In different decades of the twentieth century, the APSA committees and one taskforce prepared ten (10) reports and statements on pre-collegiate citizenship education which reflected three different paradigms in political science—Traditionalism, Behavioralism, and Post-behavioralism. 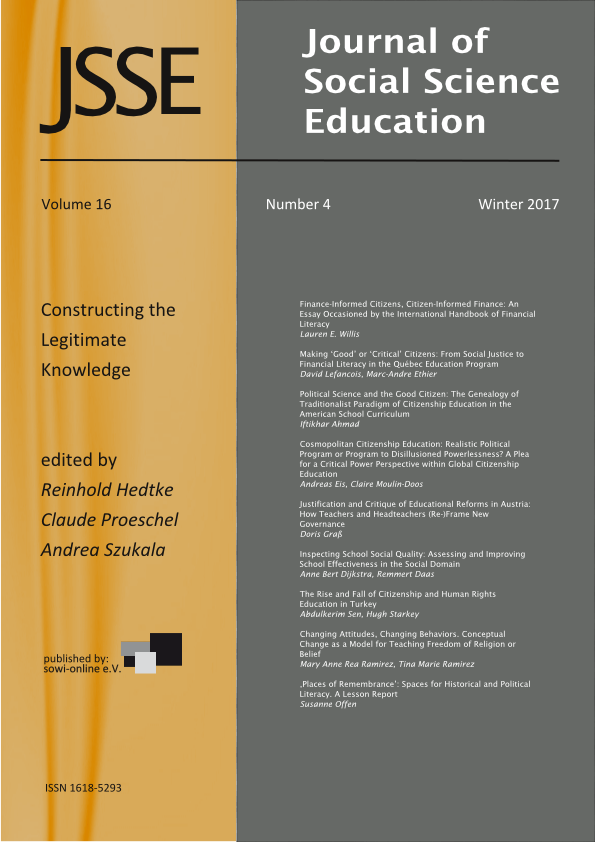